Drones at State DOTs – A Review of Current Applications and Practices 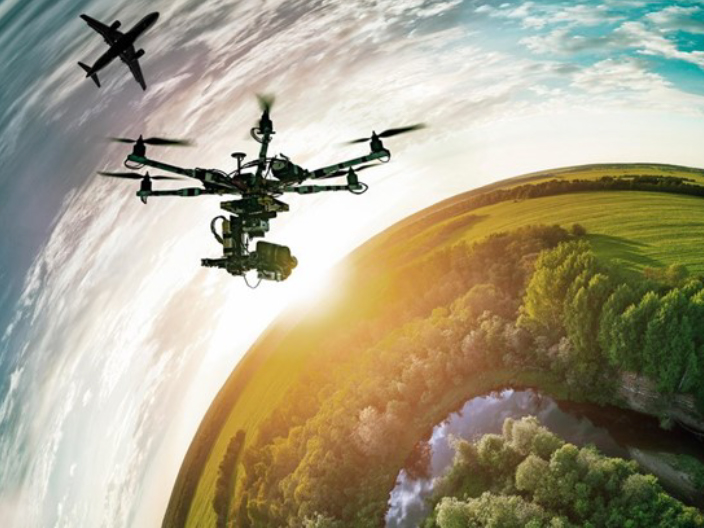 UMass-Amherst researchers recently completed a study examining the current use of unmanned aircraft systems (UASs) for transportation-related purposes at state Departments of Transportation (DOTs) around the country. An UASs, also known as a drone, is an aircraft that is controlled by a remote operator instead of an onboard human pilot. Although UASs are still relatively new, it’s already clear that they have great potential to offer cost-effective and efficient methods for important transportation-related tasks including transportation system surveillance, crash response, and roadway, railroad, and bridge asset management.

Led by Professor Daiheng Ni (Department of Civil and Environmental Engineering) and Research Fellow Michael Plotnikov (UMTC), the UMass-Amherst research team gathered information on current state DOT use of UASs nationwide, including applications, implementation strategies, policies, and operating procedures. The study then synthesized the collected information to make recommendations regarding UASs at MassDOT.

During the information gathering stage, the researchers started with surveying state DOTs. The survey was conducted in two stages, an initial screening (14 DOTs responded) and a follow-up with additional questions for the six DOTs that reported currently using UASs. The researchers also examined the results of other surveys on state DOTs use of UASs, including a 2016 AASTHO (American Association of State Transportation Highway Officials) survey and a 2016 survey by the Kansas DOT. Overall, the researchers found that half of state DOTs presently have tasks, either directly or indirectly, associated with UASs applications; and the other state DOTs have an interest in or are planning to use UASs in the future.

The researchers conducted a thorough literature review and internet search for current UAS applications in transportation, looking at both public and private UAS use and practices. The researchers learned that of the state DOTs which are starting to deploy UASs for transportation-related purposes, most are still in the process of developing UASs policies and operating procedures.

The results of the state DOT surveys and the literature review suggest that it could be beneficial for both increasing efficiency and controlling costs for MassDOT to explore UASs applications. In the final task of their study, the research team created recommendations for internal policies and operating procedures regarding UASs across all MassDOT divisions. The researchers also identified potential UASs applications for each division and recommended the creation of a short-term pilot program to test these applications.

The details of this research study, its findings, and recommendations are presented in the MassDOT report “The State of the Practice of UAS Applications in Transportation.” This research was conducted as part of the MassDOT Research Program, with funding from the Federal Highway Administration (FHWA) State Planning and Research (SPR) Program.