Summary: The purpose of this study was to evaluate the safety and efficiency of the Dean Mainline Toll Plaza in order to make recommendations to improve or maintain the current toll plaza design, as well as potentially contribute to a nationally set design standard for toll plazas. Seventy-two subjects were recruited and, using the National Advanced Driving Simulator (NADS) MiniSimTM Simulator, each subject was asked to drive three scenarios that were randomly selected from a pool of twenty-four scenarios. Signage and their location, pavement markings, distances between the toll plaza and ramps, and traffic conditions were changed in order to study the drivers’ behavior. All of these factors were altered and observed on five of the eight possible paths that could be taken through the toll plaza. The subjects were asked to complete questionnaires before and after all of the scenarios, as well as in between each driving scenario. These questionnaires included demographic characteristics such as age, education, income, and E-PASS ownership. The data collected by the driving simulator and questionnaires were analyzed by ANOVA and multinomial logistic regression models. A positive relationship was found between non-urgent lane changing and the current real-world sign conditions prior to the toll plaza. Relationships were also found among the subjects’ speed in various locations, x signage before the toll plaza, and segment length after the toll plaza. Along with specified recommendations for future research in toll plaza safety, recommendations for the Dean Mainline Toll Plaza included maintaining the current signs and pavement markings because they were found to be beneficial in drivers performing safe lane changing maneuvers. 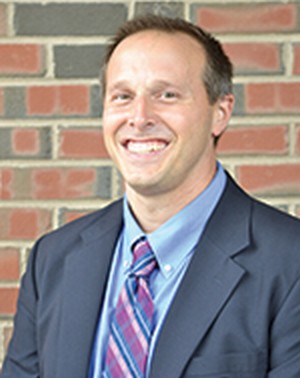 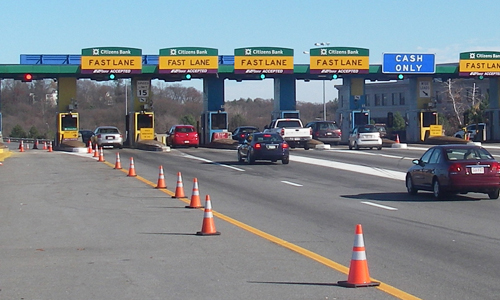 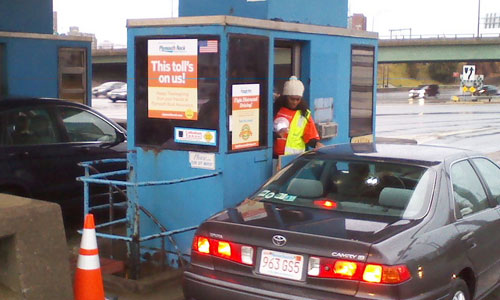