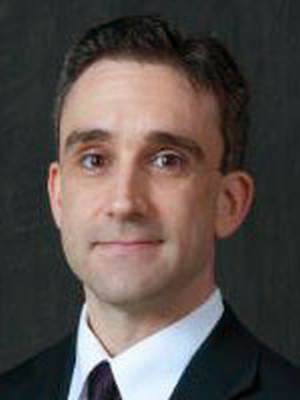 As a Computer Science and Engineering PhD student, Dr. Fiondella conducted research for the Center for Resilient Transportation Infrastructure (CRTI), a Department of Homeland Security (DHS) National Transportation Security Center of Excellence (NTSCOE). He participated in the 2010 “Greenfield” Aviation Security Workshop, co-sponsored by the DHS S&T Directorate and the U.K. Home Office. He was an invited speaker at the 2011 DHS Student Day, held in conjunction with the DHS Summit in Washington, DC, where he presented his research on the optimal deployment and protection of high-speed rail. He has published more than 10 peer-reviewed conference and journal papers on topics related to transportation network vulnerability, including Security and Performance Analysis of Passenger Screening for Mass-transit Systems, recipient of the best paper award from the Attack and Disaster Preparation, Recovery and Response Track at the 2012 IEEE International Conference on Technologies for Homeland Security. He has also published an additional 70 peer-reviewed conference and journal papers on topics relating to software and system reliability and risk, which have earned him four additional paper awards and a scholarship from the IEEE Reliability Society. His transportation security research projects Mitigating the Impact of Transportation Network Disruptions on Evacuation and Dynamic Transportation Network Vulnerability Assessment Algorithms were supported by the DHS Office of University Programs (OUP) through The Center for Risk and Economic Analysis of Terrorism Events (CREATE) led by the University of Southern California (USC). Since 2014, he serves as technical program committee co-chair of the IEEE International Conference on Technologies for Homeland Security (http://www.ieee-hst.org/).